“She would lie down and get ready for bed, and she’d be asleep within a minute,” her husband, Hamish Magoffin, said.

Sleep took a big hit when baby Arthur was born in March 2021, though the Thailand-based family soon settled into a routine. According to Magoffin, apart from the usual stresses of having a newborn, all seemed well.

A few months in, however, Pranaiya began to struggle. Breastfeeding was a challenge, and the new mom felt she wasn’t able to give her son as much milk as he needed.

Her milk ducts kept clogging up and life turned into an endless circle of breastfeeding and pumping to secure enough milk. “She became fixated on this and started putting the pressure on herself to try and get as much breast milk as possible,” Magoffin said.

After weeks of this, the pair decided to switch to formula, assuming this would reduce anxiety levels and improve Pranaiya’s sleep. But it didn’t work.

“It was just terrible. Her sleep just unraveled,” said Magoffin, explaining that instead of getting rest his wife of four years developed insomnia.

Pranaiya became consumed with worry and found it increasingly hard to do anything.

Once an active mother, the 37-year-old struggled to get out of bed and was regularly battling dark thoughts, which eventually took over.

On September 1, less than six months after giving birth, and a month after being diagnosed with postpartum depression, Pranaiya took her life, and the life of her son Arthur.

The Expert View: Postpartum depression (PPD) is estimated to affect more than one in 10 women within the first year of giving birth. According to the World Health Organization (WHO), depression and anxiety during this period are leading causes of disability in women around the world.
While there are some risk factors — such as history of mental health problems — PPD can affect anyone, says Chris Raines, perinatal psychiatric nurse and chair of the board of Postpartum Support International, an organization focused on spreading awareness of the condition and providing support.
“It has no filter for affluence or for whether you’re happy and things are going well. It’s about how your body is responding to the changes in hormones and the predispositions your body has to [those] changes.” 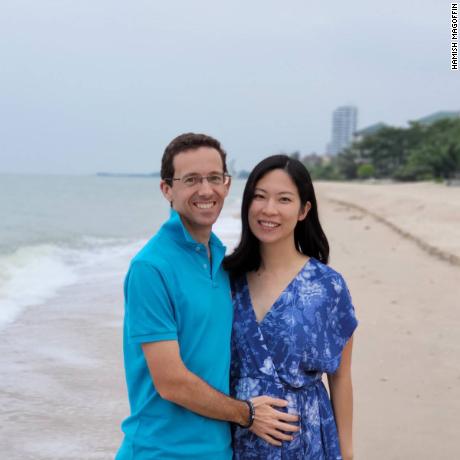 The couple met in England, but eventually settled in Thailand, Pranaiya’s home country. 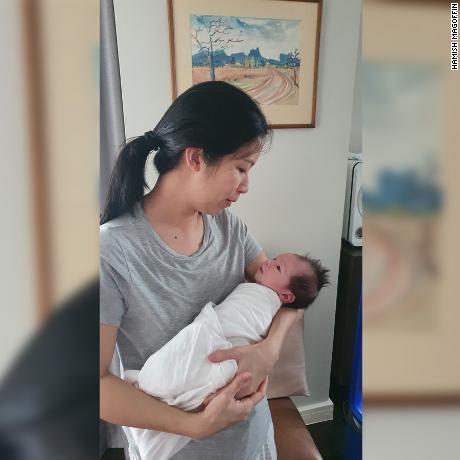 Arthur was born in March 2021 in Thailand.

Pranaiya was known to have a great rapport with kids, being referred to as “the really nice auntie” by friends’ kids.

Having her own children had not been a priority for Pranaiya, but once she and Magoffin decided to start a family, she had looked forward to becoming a mother.

Getting pregnant hadn’t been easy, but happy news of a pregnancy came in summer 2020 and their son Arthur was born in Bangkok the following year.

In those first few weeks, Pranaiya was a happy mom, according to her older sister Pongnadda ‘Pong’ Oulapathorn.

She didn’t seem to suffer from the “baby blues,” mood swings caused by sudden hormonal changes experienced by many new moms in the first weeks after birth.

The new family settled into a routine with ease, even as the world around them…

Read More News: Pranaiya was a happy mom – then she started talking about wanting to disappear

Tags: disappearhappymomPostpartum depression cost this woman and her son their lives - CNNPranaiyastartedtalkingukwanting

Monkeypox Vaccine: Where to Get It

Wake County has plenty of testing appointments ahead of the holidays

As the world begins its vaccination push, delayed rollouts draw criticism and concern