Dan Henry has the latest on the severe weather.

DALLAS – A Tornado Watch has been issued for the majority of North Texas until 2 a.m.

The majority of the metroplex and parts east are under an enhanced risk of severe weather throughout the night. 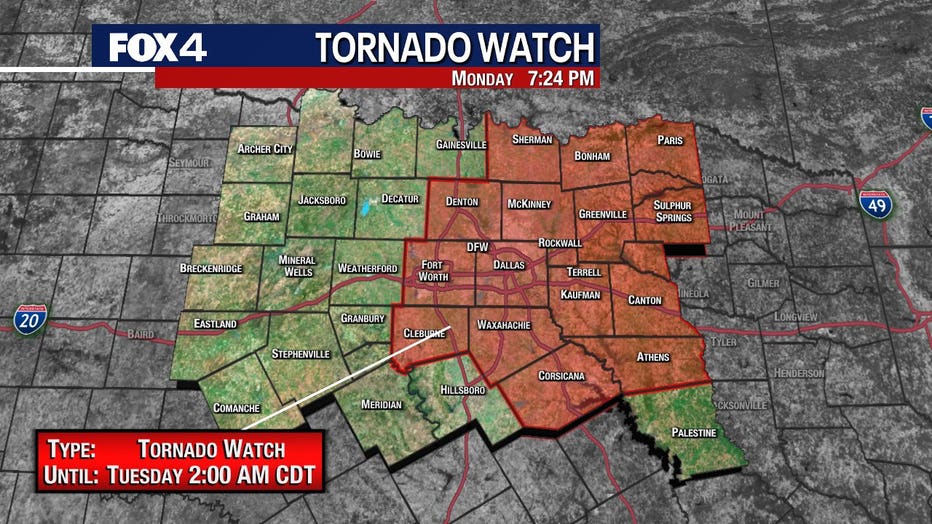 The approaching front is bringing rain and very strong winds up to North Texas. There will be an 80% chance of seeing rain Monday.

The main threat will be damaging wind gusts up to 60-75 miles per hour. Some may see some hail up to quarter-sized. The threat for tornadoes is low but cannot be ruled out.

With a Tornado Watch in effect for North Texas, FOX 4 has crews out monitoring conditions Monday. Peyton Yager provides an update from Grapevine.

The most active period for the metroplex and surrounding area will be between 8 p.m. to as late as 1 a.m.

As we head into midnight, the metroplex will see storms ending as they head east.

Some cars were briefly stuck in high water on bridge in Justin as storms make their way across North Texas.

Far eastern and southeastern areas will see storms between 10 p.m. and 2 a.m. 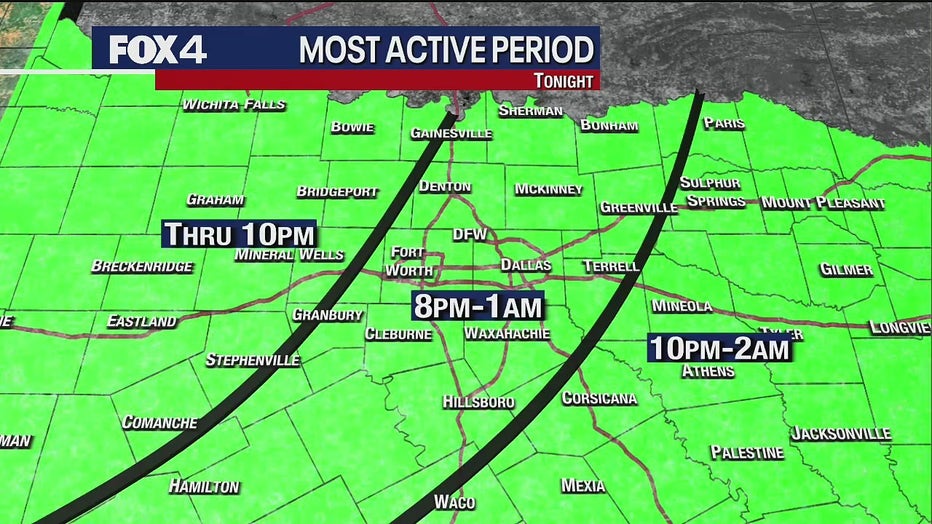 The rest of the week will be calm. Tuesday will be a very windy and warm day with temperatures staying in the high 80s. Another cold front will come early Wednesday morning that will drop temperatures into the 60s. 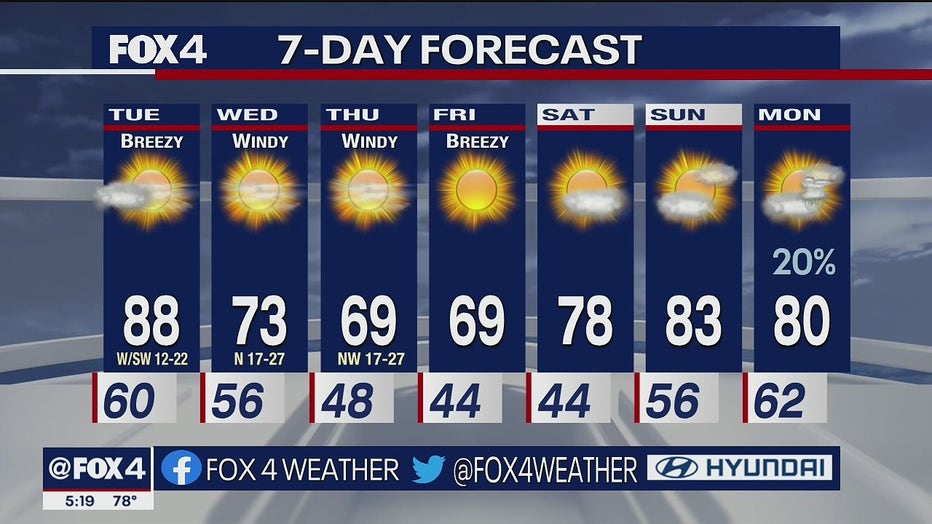 US monkeypox cases climb, another reported in Colorado

The January 6 select committee will hear from 4 police officers Tuesday. Here are