And Just Like That… Finale SPOILER: SATC reboot looks set for a second series

Sex And The City spin-off And Just Like That… aired its final episode on Thursday – leaving very open-ends and the prospect of new stories to tease the possibility of a second series.

While there has been no official confirmation over a return, the stories of Carrie Bradshaw, Charlotte York Goldenblatt and Miranda Hobbes’ lives are left with many more tales to tell – with Carrie finally moving on from her late husband, Charlotte continuing to tackle motherhood and Miranda moving to LA.

With the final episode focusing heavily on Sarah Jessica Parker‘s character Carrie’s attempts to move on from Big, who died in the first episode, she finally builds up the courage to spread his ashes in Paris before we explosively see her messaging Kim Cattrall‘s character Samantha Jones confirming a meet-up.

The protagonist is then seen in the very final scene locking lips with her podcast producer, having decided to launch her own show on his advice, while Cynthia Nixon‘s Miranda prepares to move to LA to be with her girlfriend Ché, played by Sara Ramirez – and even dying her hair back to red. 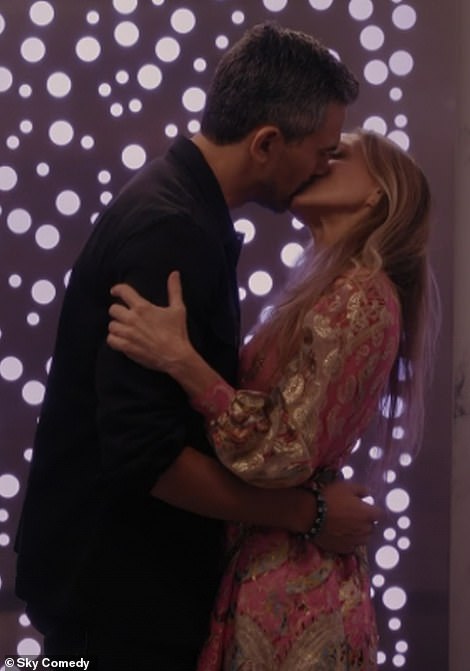 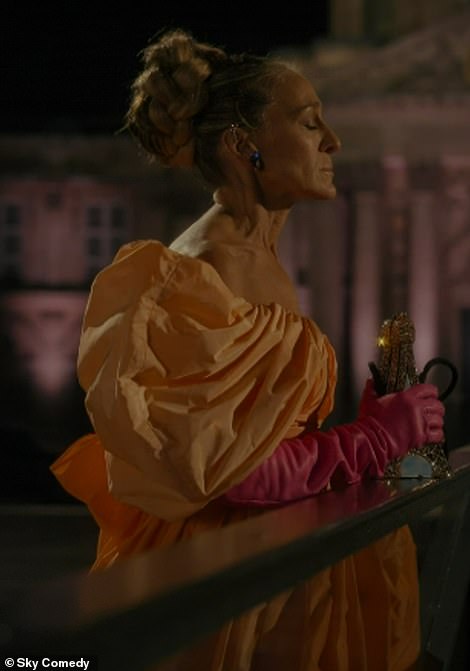 New love? Sex And The City spin-off And Just Like That… aired its final episode on Thursday – leaving very open-ends and the prospect of new stories to tease the possibility of a second series, including Carrie finding love after spreading Big’s ashes

Earlier this week, Sarah was asked about the prospect of a second season, to which she replied: ‘Definitely, yeah. showrunner Michael [Patrick King] and I spoke two weeks ago, and said: “OK, when are we going to talk about this?” There’s a calendar and you don’t want to let too much time pass. There feels like there’s momentum.’

The evidence is clear in the episode, with Carrie’s recovery from her Big heartache being a large element of the show – and ending with her scattering his ashes from the bridge in Paris  which featured in the final episode – An American Girl in Paris, Part Deux – when she was rescued by Big after moving there with Aleksander Petrovsky.

She even holds his ashes in the $1,675 Timmy Woods Eiffel Tower bag that fans first saw in the 2008 Sex And The City Movie which she sported while apartment hunting with Big.

Despite having shot scenes for the reboot with Chris Noth, who has recently been accused of sexual assault, on the bridge, it looked as though these had been cut in the midst of his personal dramas and Carrie instead scattered his ashes alone – before we see her kissing her producer.

On the up: Miranda meanwhile – having ended her relationship with Steve – agrees to move to Hollywood with Ché and before doing so, dyes her hair back to her trademark red, after being criticised in the first episode for going grey 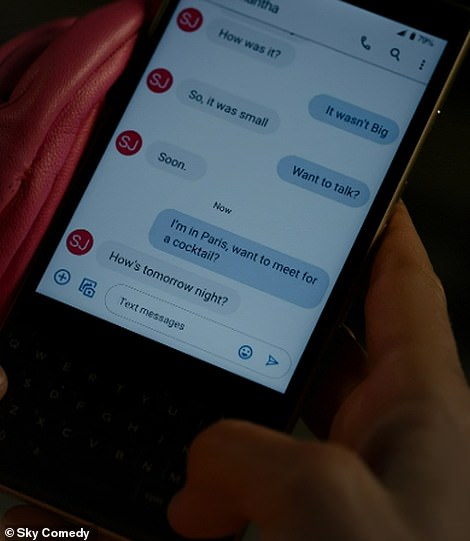 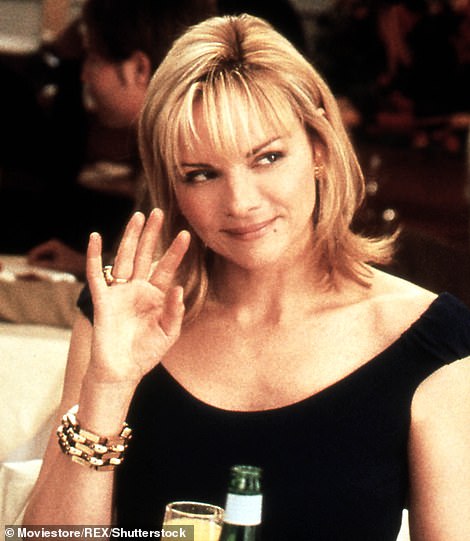 Moving on: We explosively see her messaging Kim Cattrall’s character Samantha Jones confirming a meet-up – despite Kim’s refusal to return to the show

With no explanation of the start of their romance and their kiss being the final scene, it appears there is plenty more to tell in regard to the newfound passion in her life – not to mention the fact that the show concludes with its catchphrase ‘And just like that…’ with no follow up…

How Trump will hand off the ‘nuclear football’ to Biden

iOS 16: Every Major New Feature You Should Know About