Health: Experts eliminate HIV in 40 per cent of mice with technique that forces virus

New hope for a HIV cure? Scientists eliminate virus in 40% of mice by using a ‘kick and kill’ technique that forces it out of hiding and makes it vulnerable to injections of killer immune cells

By Ian Randall For Mailonline


A ‘kick and kill’ strategy that forces the human immunodeficiency virus out of cells — leaving it vulnerable to injections of natural killer cells — offers hope of an HIV cure.

In laboratory tests on 10 mice the approach was found to eliminate the virus in 40 per cent of cases, a team from the University of California Los Angeles (UCLA) said.

According to the UN, an estimated 38 million people worldwide are presently living with HIV, with the virus having led to some 36 million deaths in recent decades.

If refined and proven safe and effective in human trials, the concept could remove the need for people with HIV to depend on ongoing courses of antiretroviral drugs. 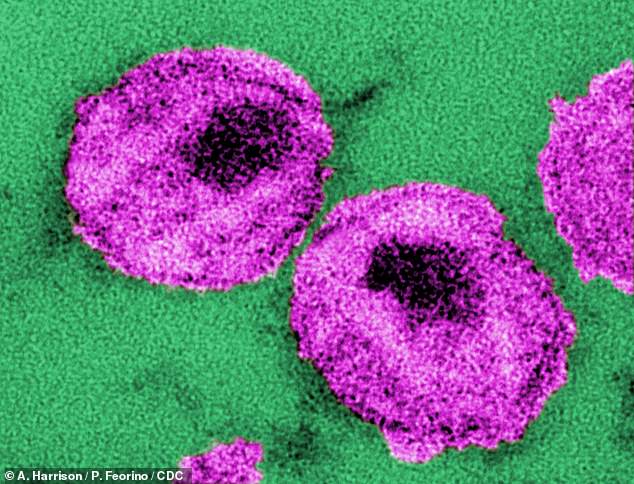 HOW DOES THE ‘KICK AND KILL’ TECHNIQUE ELIMINATE HIV?

UCLA researchers used a strategy which they dubbed ‘kick and kill’ to eliminate HIV in 40 per cent of mice studied.

The technique was first proposed back in 2017 and works by tricking the dormant virus in the infected cells to reveal itself using a compound called ‘SUW133’, so that it can be targeted and eliminated.

The researchers then injected healthy natural killer cells along with the SUW133 that flushes HIV out of hiding, enabling them to completely clear HIV from 4 out of 10 infected mice.

With their initial study complete, the researchers are now working to refine their approach so that it succeeds in eliminating HIV in 100 per cent of mice cohorts in future experiments.

The study was undertaken by infectious disease specialist Jocelyn Kim of the UCLA and her colleagues.

‘These findings show proof-of-concept for a therapeutic strategy to potentially eliminate HIV from the body, a task that had been nearly insurmountable for many years,’ said Dr Kim.

‘The study opens a new paradigm for a possible HIV cure in the future.’

At present, people with HIV take so-called antiretroviral medications which, rather than killing the virus, act to inhibit it at various stages in its ‘life cycle’ — such as, for example, when it enters a host cell or when it churns out new copies of itself.