Waitress is FIRED after group of Good Samaritans leave her a $4,400 tip

A waitress who received a $4,400 tip from a group of good Samaritans to split between her and another server has been fired from her job after the restaurant manager forced her to cough up most of the money.

Grant Wise, who owns a local real estate company, organized the ‘$100 Dinner Club’ to dine at the Oven and Tap in Bentonville, Arkansas, earlier this month, with each member contributing a $100 tip.

Wise told KNWA he called the restaurant ahead of the outing to confirm that its servers did not share tips, and as he presented one of the waitresses, Ryan Brandt, with a check for $4,400 to split between her and another waitress who served the group, she was left in tears.

But soon after, Brandt said, restaurant managers told her she would have to split the tip with all of her co-workers – something she said they have not requested in the three and a half years she has worked there.

‘I was told that I was going to be giving my cash over to my shift manager and I would be taking home 20 percent,’ Brandt told FOX 59, noting that she had never been asked to split her tip before in the three and a half years she worked there.

Brandt, who studied Spanish at the University of Arkansas, said she was ‘devastated’ at having to fork over the large tip as she had planned to use the money to help pay off her student loans.

A few days later, Wise found out that Brandt had been fired for ‘violating’ the restaurant’s rules by telling Wise about its tip policy. 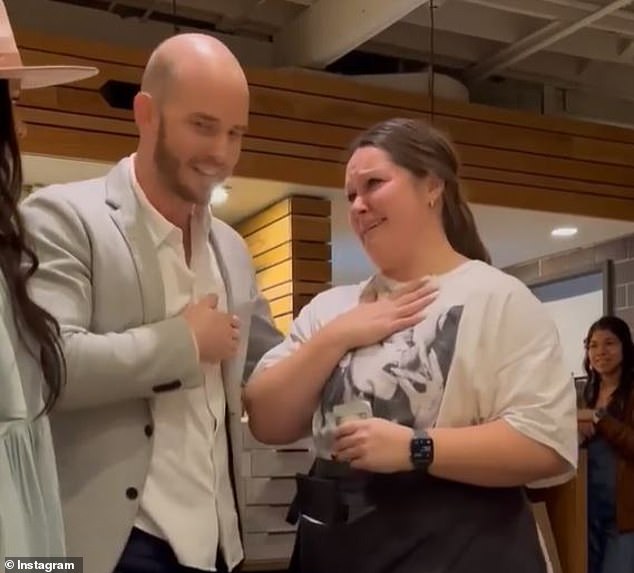 Grant Wise, left, who owns a local real estate company, organized the ‘$100 Dinner Club’ to dine at the Oven and Tap with each member contributing a $100 tip 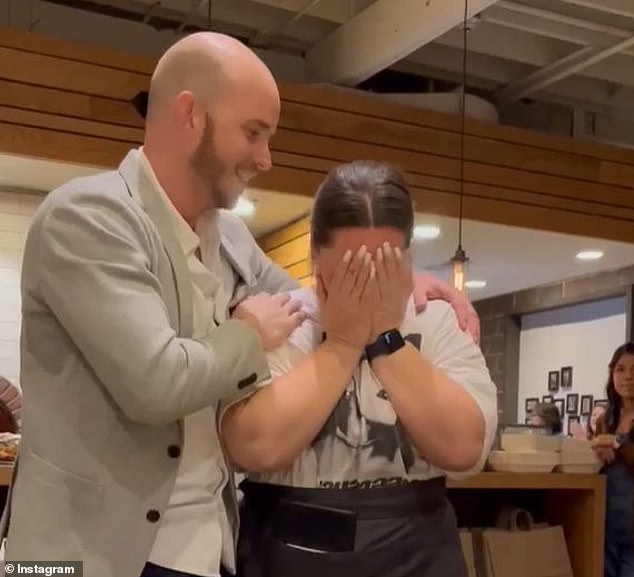 As he told Ryan Brandt she would receive a $4,400 tip to split with another server, she broke down in tears 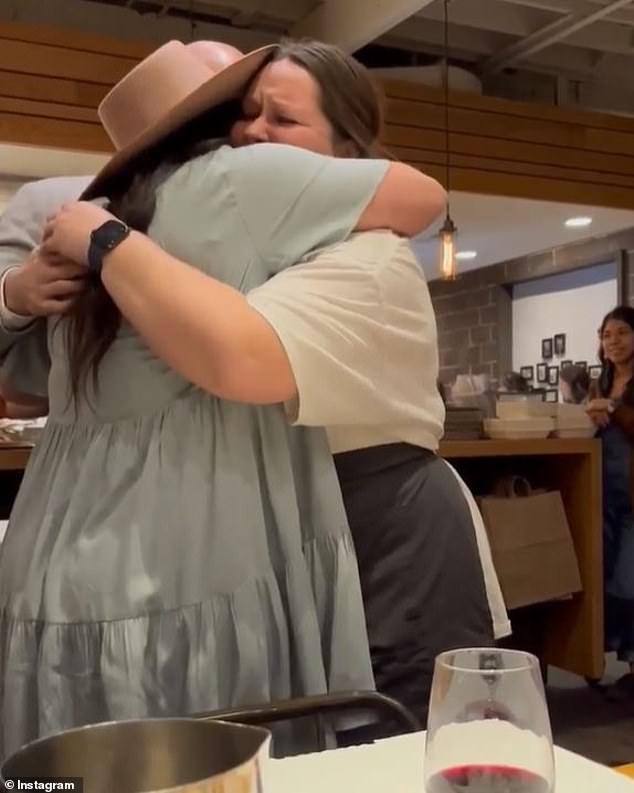 Brandt, right, said she was planning to use the money to pay off her student loans, but was told by restaurant management she had to split it with all of the employees – something she had never been asked to do before

Wise had come up with the idea for the ‘$100 Dinner Club’ during the pandemic, telling 5 News that he knew many servers who were struggling under COVID-related shutdowns.

He had hosted a real estate conference in Arkansas, and orchestrated the event at the Oven and Tap to pay-it-forward.

‘We knew servers were really hit hard through COVID and it was something that [a friend] had come up with to help give back,’ he told 5 News, noting that he chose the Oven and Tap because it was one of his and his wife’s favorite restaurants.

They then presented Brandt, in her early 30s, with the large tip, leaving her in tears – a moment that was posted to Instagram on December 2.

‘I’m so sorry to interrupt everyone’s dinner, this will only take 60 seconds,’ Wise begins in the video.

‘We have a table full of absolutely amazing people from all over the country who have traveled here, and tonight we’re hosting a $100 Dinner Club,’ he says, as he wraps his arm around…

Read More News: Waitress is FIRED after group of Good Samaritans leave her a $4,400 tip