Drake might wanna reconsider the hatred he reportedly had for his ‘Degrassi’ character being in a wheelchair — because lots of kids in wheelchairs actually felt validated thanks to his portrayal.

She says he actually made them kind of cool and, though he might not have known it, he instilled confidence and made their lives a little better. Robinson says Drake’s character brought much-needed representation. 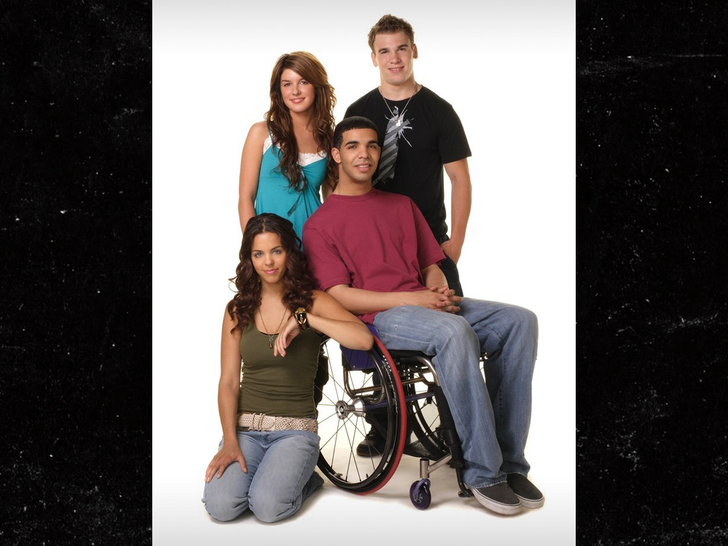 She explains … kids in wheelchairs are often left out of things like getting invited to birthday parties or movies. She asked, “When was the last time you went to a mall and saw a kid in a wheelchair hanging out with other kids?” Sadly, she says it’s rare.

ICYMI … a writer of the Canadian teen drama show recently claimed Drake threatened to quit and took legal action against the show to get a rewrite, removing Jimmy’s character from the wheelchair.

The writer claimed Drake made the demand because he worried it made him look soft. Jimmy was left paralyzed after a shooting, but ultimately underwent stem cell surgery … allowing his character to stand with crutches in the season 7 finale.

It should be noted … the show’s writer also added that Drake relented and agreed that his character being in a wheelchair was a powerful moment on TV.

Robinson, whose org strives to give physically disabled kids a better quality of life, agrees … saying, “It is great when we see our kids being represented.” Ditto.

Why is the new Predator movie only on Hulu?

Biden should ‘step down in shame’ for leaving Americans behind in Afghanistan: Lisa

Don’t Forget About Star Wars: Knights Of The Old Republic, It’s Also Out Now On