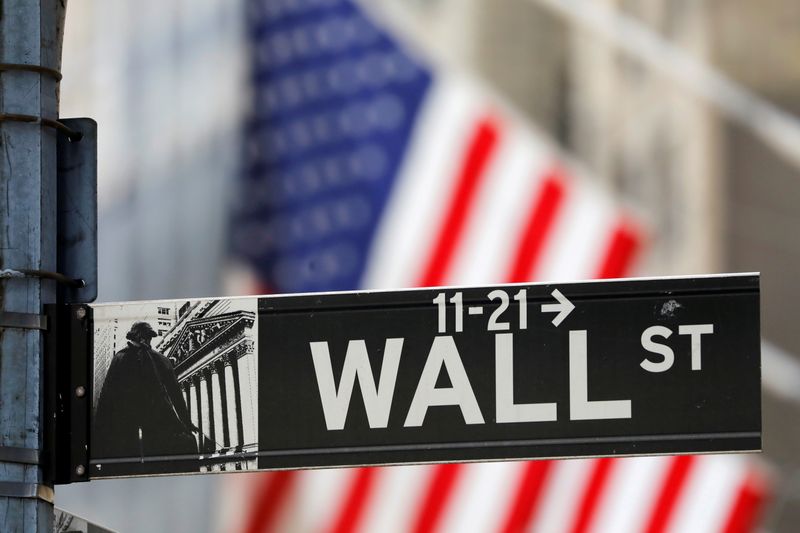 By Shreyashi Sanyal and Devik Jain

(Reuters) – U.S. stock indexes rose on Monday as growth stocks gained, shrugging off inflation worries in the run up to third-quarter earnings reports from later this week.

Energy and materials led sectoral gains on the back of surging commodity prices. U.S. oil rose nearly 3% to a seven-year high, feeding into fears of higher inflation, as an energy crisis gripping the major economies showed no sign of easing.

“Inflation looks like it will be here for some time,” said Joshua Mahony, senior market analyst at IG.

“Any earnings miss will probably be because of supply chain disruptions, not being able to get enough products on the shelf, or having the products in the wrong place or sitting in ports,” said Robert Pavlik, senior portfolio manager at Dakota Wealth in Fairfield, Connecticut.

Analysts expect a 29.6% year-over-year increase in profit for S&P 500 companies in the third quarter, according to IBES data from Refinitiv as of Friday, down from 96.3% growth in the second quarter.

After data last week showed weaker jobs growth than expected in September, investors are now looking toward inflation and retail sales numbers this week, as well as minutes of the Fed’s last meeting that could confirm that a November tapering was discussed.

Among individual stocks, Southwest Airlines (NYSE:) Co slipped 2.9% on a report that it canceled at least 30% of its scheduled flights on Sunday.

U.S. bond markets were shut on Monday on account of a U.S. federal holiday.

New Tesla Model X deliveries begin at Fremont, and it’s better than ever