Boston’s infamous ‘skinny house’ built amid a Civil War-era family feud has sold after roughly a month on the market for $1.25million.

The single-family home is only ten feet wide and 30 feet long with 1,165 square feet of space spanning four floors – not to mention a private roof deck with views of the Boston Harbor – all on a total of 0.03 acres.

It was listed on August 10, and had seen high demand, going under agreement in less than a week, real estate agency CL properties announced on Facebook Thursday.

Legend has it that the home – dubbed the ‘Spite House’ – was built in 1890 on a lot shared by feuding brothers who inherited the land from their father. One returned from fighting in the Civil War to find his brother had built a large house on the lot so in an act of revenge, he squeezed his own property between two other homes to block the sunlight and harbor views.

It was sold for $50,000 over the original asking price to a family of four after the deal was finalized this week.

Boston’s infamous ‘skinny house’ in the city’s North End sold to a family of four this week for $1.25million after about a month on the market. The single-family home is only ten feet wide and 30 feet long 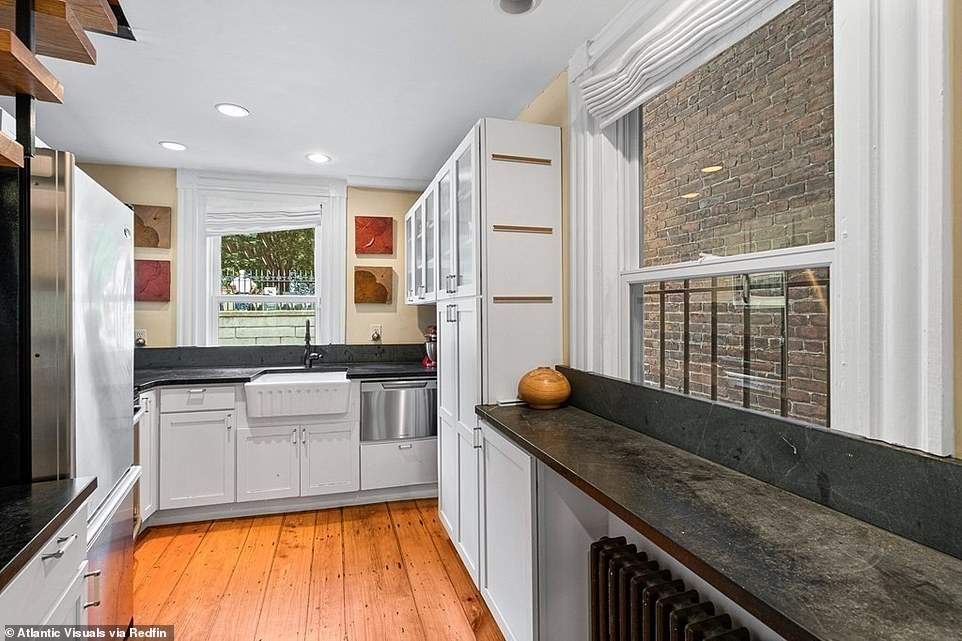 In the kitchen, the original antique floorboards remain and from the window there’s a view of Copp’s Hill 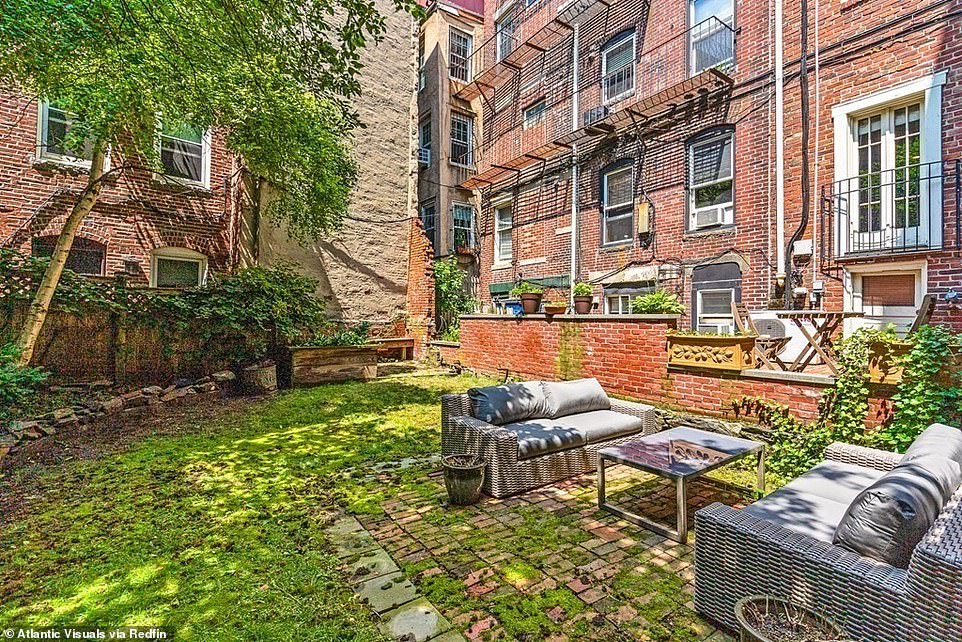 There’s a backyard garden (pictured) and a roof deck. Listing agent Carmella Laurella of CL Properties told Boston Magazine: ‘The place lives much larger than the square footage states. It’s all the windows and gardens and views.’

‘In the North End waterfront area, we basically average here about a thousand dollars a square foot,’ he said.

‘We sold above that, for about $1,500 per square foot, the reason being that the house is fully renovated, has the outdoor space in the back and also the private roof deck.’

Demand for the house was such that when realtor Eric Shabshelowitz hosted an open house for the 44 Hull Street property when it was listed, the line to get into the house was wider than the home itself.

Shabshelowitz told Boston Magazine that the place feels shockingly big inside despite the dimensions.

‘Every nook and corner is used to maximize the space,’ he said, pointing out an area near the front door that was turned into a coat closet.

‘You find a way to make everything fit,’ he added.

The main entrance to the home is in a side alley that leads guests straight into the kitchen and dining room, which may have been a space-saving design decision when it was built over a century ago.

Prospective buyers and curious tourists come to gawk at the pale green ‘skinny house’ not only for its unique design but also for it’s quirky history.

The home – dubbed the ‘Spite House’ – was built in 1890 and local lore has it that it was on a lot shared by feuding brothers who inherited the land from their father.

Upon returning home from the Civil War one brother was annoyed…