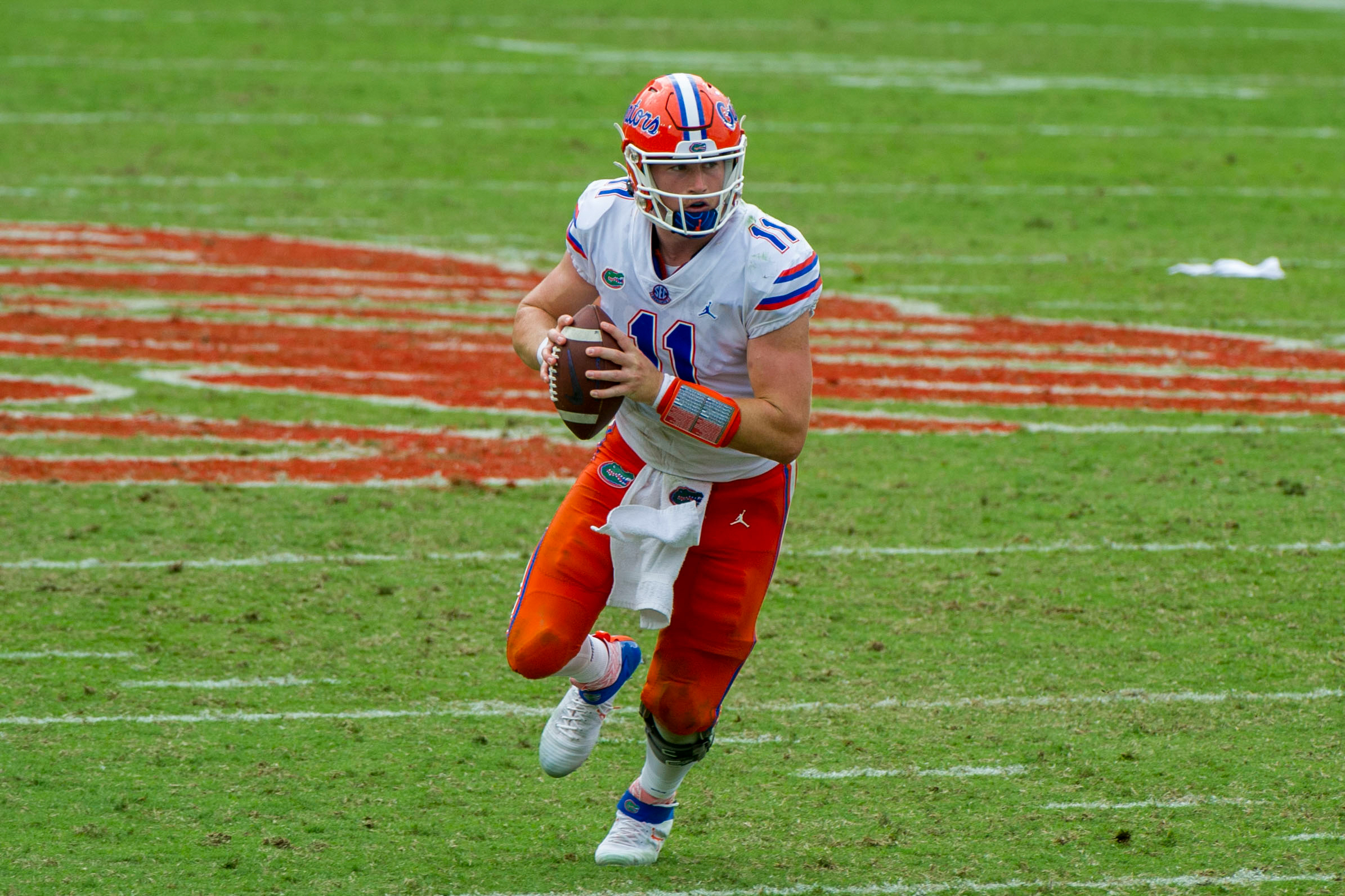 Chicago’s quarterback concerns are no secret — after failing to trade for Russell Wilson and settling with Andy Dalton. There’s no better time for GM Ryan Pace to break his streak of not drafting a quarterback than this year.

The Bears aren’t going to land a top-five quarterback, but there are still some developmental prospects on the board they could target on Day 2. McShay has the Bears addressing their quarterback concerns with Florida’s Kyle Trask in the second round with the 52nd overall pick.

Here’s what McShay had to say about Trask:

Similar to Washington, the Bears dip into the QB pool on Day 2 with Trask, who has great touch and anticipation on his passes despite some shortcomings with arm strength. He could learn behind Andy Dalton and Nick Foles and be given a change to develop into a potential down-the-road starter.

While there’s a belief that Chicago could trade up to draft one of the top-five quarterback prospects — who will all likely be off the board before pick 20 — that might not actually be the case.

The Bears have reportedly been doing their homework on Day 2 quarterbacks, which would make Trask a likely option for a team that remains in search of a franchise quarterback.

Olympic gymnastics: Simone Biles and Suni Lee to compete on beam in final day of

A New Theory Asks: Could a Mask Be a Crude ‘Vaccine’?

PS5 sold out at Sony Direct — where to find inventory next