WHO report: COVID likely 1st jumped into humans from animals

BEIJING (AP) — A joint World Health Organization-China study on the origins of COVID-19 says that transmission of the virus from bats to humans through another animal is the most likely scenario and that a lab leak is “extremely unlikely,” according to a draft copy obtained by The Associated Press.

The findings offer little new insight into how the virus first emerged and leave many questions unanswered, though that was as expected. But the report does provide more detail on the reasoning behind the researchers’ conclusions.

The team proposed further research in every area except the lab leak hypothesis — a speculative theory that was promoted by former U.S. President Donald Trump among others. It also said the role played by a seafood market where human cases were first identified was uncertain.

The report, which is expected to be made public Tuesday, is being closely watched since discovering the origins of the virus could help scientists prevent future pandemics — but it’s also extremely sensitive since China bristles at any suggestion that it is to blame for the current one.

Matthew Kavanagh of Georgetown University said the report deepened the understanding of the virus’s origins, but more information was needed.

“It is clear that that the Chinese government has not provided all the data needed and, until they do, firmer conclusions will be difficult,” he said in a statement. 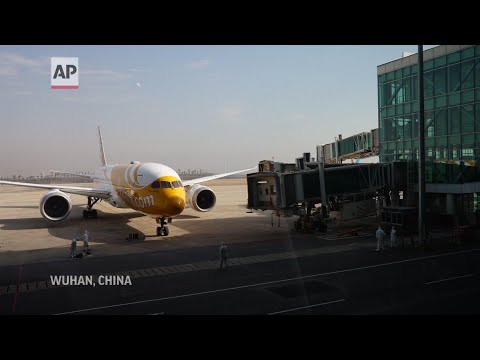 Last year, an AP investigation found the Chinese government was strictly controlling all research into its origins. And repeated delays in the report’s release have raised questions about whether the Chinese side was trying to skew its conclusions.

“We’ve got real concerns about the methodology and the process that went into that report, including the fact that the government in Beijing apparently helped to write it,” U.S. Secretary of State Antony Blinken said in a recent CNN interview.

“The U.S. has been speaking out on the report. By doing this, isn’t the U.S. trying to exert political pressure on the members of the WHO expert group?” asked Foreign Ministry spokesperson Zhao Lijian.

Still, suspicion of China has helped fuel the theory that the virus escaped from a lab in Wuhan, the Chinese city where the virus was first identified. The report cited several reasons for all but dismissing that possibility.

It said that such laboratory accidents are rare and the labs in Wuhan working on coronaviruses and vaccines are well-managed. It also noted that there is no record of viruses closely related to the coronavirus in any laboratory before December 2019 and that the risk of accidentally growing the virus was extremely low.

The report is based largely on a visit by a WHO team of international experts to Wuhan. The mission was never meant to identify the exact natural source of the virus, an endeavor that typical takes years. For instance, more than 40 years of study has still failed to pinpoint the exact species of bat that are the natural reservoir of Ebola.

In the draft obtained by the AP, the researchers listed four scenarios in order of likelihood for the…

Trump explodes at Nixon comparisons as he prepares to leave office