On March 24, 2001, a Saturday, Apple began allowing customers to purchase Mac OS X, the successor to the classic Mac OS. The first version of Mac OS X, “Cheetah,” was famous for its “Aqua” interface with a water bubble-style design for everything from windows to buttons. 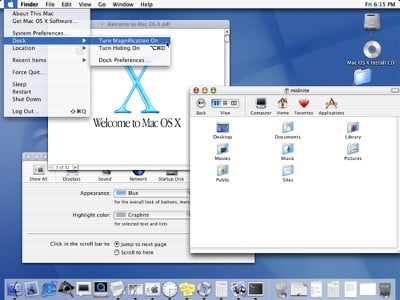 Today, March 24, 2021, marks 20 years since Mac OS X went on sale, and Apple’s Mac software has gone through many changes over the course of the last two decades, but it was with Mac OS X that Apple took one of the first steps toward transforming from a company on the brink of failure into one of the world’s most successful companies. Mac OS X preceded the launch of the first iPod and heralded what was in store under Jobs’ leadership.

Mac OS X was introduced at the January 2000 Apple keynote at the Macworld Expo. Steve Jobs at the time said that Mac OS X would “delight consumers with its simplicity and amaze professionals with its power.” He also said it was the “most important software” from Apple since the original 1984 Macintosh operating system.

The Aqua interface introduced the now well-known Dock for easy access to applications and documents, plus it included Apple’s revamped Finder for file management. And, of course, Aqua was most well-known for its iconic look, which included translucent scroll bars and buttons.

The new software, which was built on Apple’s “Darwin” operating system core, had support for many existing Mac OS apps, but developers were required to “tune-up” their apps, so Apple ultimately rolled it out over a 12 month beta period before putting it up for sale.

At launch, Mac OS X was priced at $129, and its launch was at a time when Apple was still charging Mac users for upgrades. Mac updates got less expensive over the years, and Apple ultimately stopped charging for them in 2013.

The debut of Mac OS X was far from perfect, and it had some major stability issues that Apple needed to work out. Apple followed it up with Mac OS X 10.1 “Puma” just six months later, and since then, has continued iterating on that original 2001 release.

Mac OS X became OS X in 2012 with the release of Mountain Lion, an operating system that introduced a more minimal design that transitioned away from the skeuomorphic designs Apple had used under the leadership of Scott Forstall. OS X Mountain Lion accompanied iOS 7, which is known to be one of the biggest design overhauls to the iPhone operating system. 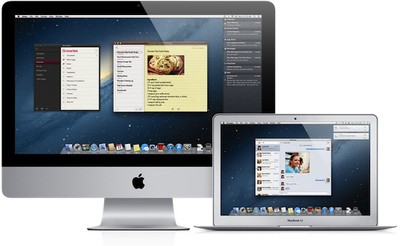 Apple introduced another major name overhaul in 2013 with the launch of OS X Mavericks, the first version of Mac OS X that wasn’t named after a big cat. Apple used big cats from Mac OS X 10.0 (Cheetah) to 10.8 (Mountain Lion). 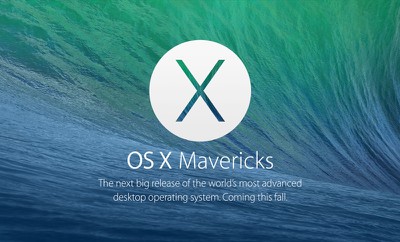 The last significant change came in 2016 when Apple dropped the X and introduced macOS 10.12 Sierra, with the macOS name meant to better match with iOS. We’ve had several versions of macOS, culminating in the current release…

The Nintendo Switch OLED is on sale at Amazon

The Nanotechnology Revolution Is Here—We Just Haven’t Noticed Yet

The reviews are in: AMD’s mining-averse RX 6500 XT also isn’t great at gaming

Samsung Teases Its Next Phone, the Second Coming of the Galaxy Note