He lost an impressive 20lbs after overhauling his lifestyle and adopting a vegan lifestyle in order to remain healthy enough to keep up with his son Eric, seven.

And Simon Cowell, 61, continued to show off his slender frame on Monday, when he stepped out for a stroll in London with partner Lauren Silverman, 43, and their son.

The music mogul, who last year broke his back, looked casually cool for the outing, sporting a black quilted coat with baggy blue jeans and a pair of boots. 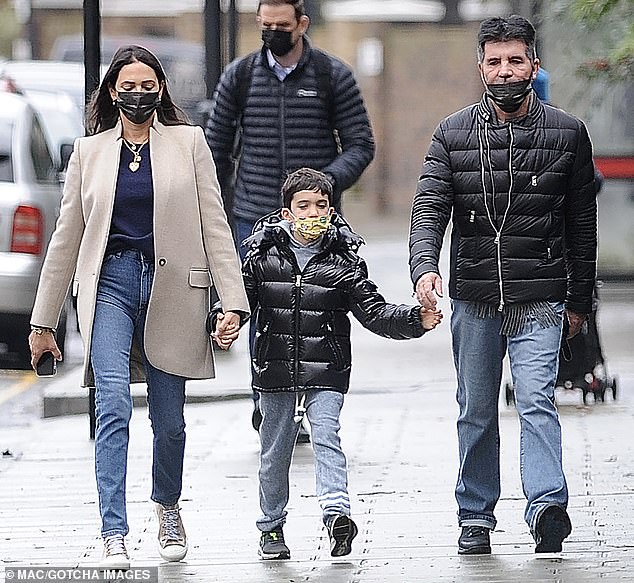 Family stroll: Simon Cowell was seen stepping out for a stroll in London with his partner Lauren Silverman, 43, and their son Eric on Monday

Wearing a black protective face mask, he looked relaxed as he enjoyed his day out with Lauren, who looked typically glamorous in a smart taupe coat with skinny jeans.

Complementing her look with a navy top and beige Converse shoes, the American beauty accessorised with statement gold pendant necklaces and sparkling earrings.

Their adorable offspring Eric mirrored his dad’s style in a black padded coat, which he wore with jeans, grey running shoes and a colourful face mask.

He was flanked by his doting parents, who at points during the stroll were seen holding hands with the newly minted seven-year-old.

Casually cool: The music mogul, who last year broke his back, looked casually cool for the outing, sporting a black quilted coat with baggy blue jeans and a pair of boots 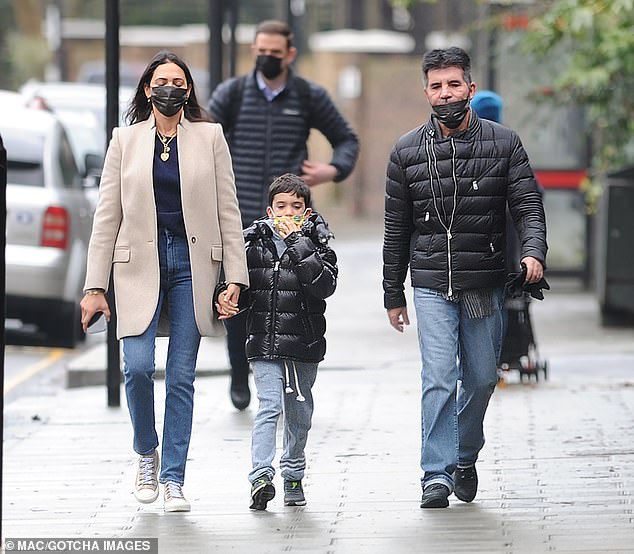 Glam: Wearing a black protective face mask, Simon looked relaxed as he enjoyed his day out with Lauren, who looked typically glamorous in a smart taupe coat with skinny jeans

They were also seen strolling together through London’s upscale Holland Park on Sunday, as they celebrated Eric’s big day.

Simon has shed more than 20Ibs in weight thanks to a fastidious vegan diet, which he changed in order to keep up with his son.

In August, Simon was rushed to hospital to undergo six hours of surgery after breaking his back in an electric bike accident at his Malibu home, forcing him to cancel all his planned TV work for the rest of the year.

The X Factor judge had been staying in LA while he recovered from his accident, but he was seen looking happy and healthy in Barbados for a family trip last month. 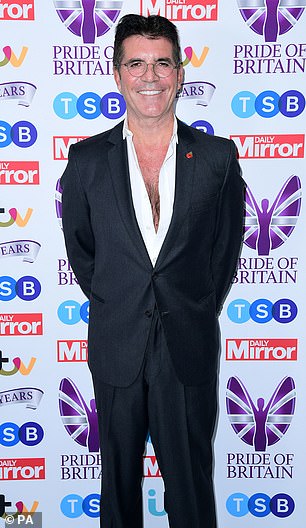 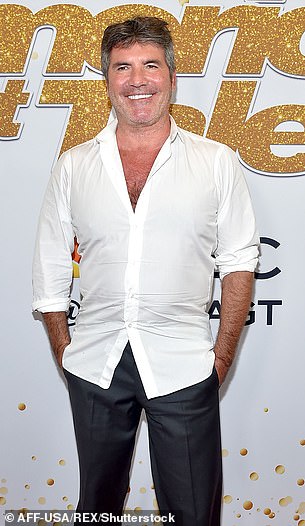 The accident occurred when the powerful machine ‘flew up in the air and did an accidental wheelie’ after he tried to change gears.

The music boss is thought to have been ‘surprised by the power’ of the bike and knew immediately that he ‘was in trouble’.

Following the accident, Simon tweeted: ‘Some good advice… If you buy an electric trail bike, read the manual before you ride it for the first time.’

He went on: ‘I have broken part of my back. Thank you to everyone for your kind messages.’

He then added in a second tweet: ‘And a massive thank you to all the nurses and doctors. Some of the nicest people I have ever met. Stay safe everyone Simon.’ 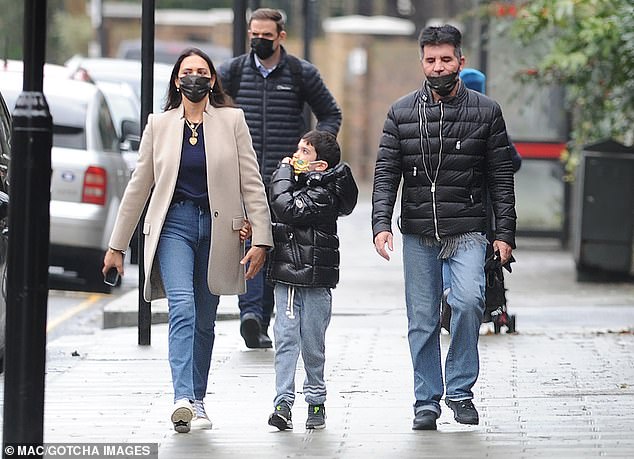 Trump says he will probably visit the southern border soon, in exclusive interview