Over 2 Million Lose Power in Texas; Rolling Blackouts to Continue as Temperatures 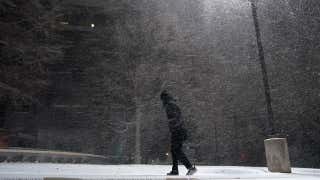 More than 2 million Texas homes and businesses were without power Monday morning as record-breaking cold and Winter Storm Uri extended an icy grip across the central United States.

The agency that oversees Texas’ electric grid said rotating outages, which began overnight, are likely to continue after the extreme winter weather forced generating units to trip and go offline, according to KXAS-TV.

More than 2.6 million customers had no electricity as of 8:30 a.m. CST, according to poweroutage.us.

“Every grid operator and every electric company is fighting to restore power right now,” said Bill Magness, president and CEO of the Electric Reliability Council of Texas.

The council described the rotating outages as a “last resort to preserve the reliability of the electric system as a whole.”

Texas set a winter peak demand record Sunday night, and that demand was expected to increase Monday and Tuesday as temperatures fall into the low single digits or colder.

The rolling outages were supposed to last 15 to 45 minutes, utility operators said, but the bitter cold was impacting some remote systems and causing the outages to last longer than planned.

Residents across the state were being asked to conserve power.

“The electricity grid continues to lose generation. If you are without power, you may be without power throughout the day. Please do your best to stay warm safely. Check on our seniors,” Houston Mayor Sylvester Turner tweeted Monday morning.

“For those without power, I know it is cold. The Mayor is in the same position but we will get through this together,” he added.

Nearly 50,000 homes and businesses had no power in Louisiana, another 12,000 lost electricity in Arkansas and over 4,650 in Mississippi, according to poweroutage.us.

Winter Storm Uri continued to create traffic and other travel chaos as it moved toward the East.

More than 2,850 flights have been canceled, according to flightaware.com. More than 1,800 of those were at Dallas-Fort Worth and Houston area airports.

Ice and accidents forced the closure of Interstate 10 from Baton Rouge to Lafayette, Louisiana, on Monday morning, the Louisiana State Police said. Both directions of I-110 were closed because of ice.

The State Police said 14 vehicles, including three jackknifed semitractor-trailers, were involved in a crash near Whiskey Bay on westbound I-10 early Monday, KSLA reported. Five separate crashes happened about the same time in the eastbound lanes of the interstate along the Atchafalaya Basin Bridge, Trooper Taylor Scrantz told the station.

The Louisiana Department of Transportation reported that all state-maintained roadways, except for I-20 and I-49 (sections that remain open), in the seven-parish Northwest region were deemed impassable because of winter weather conditions. Numerous…