Bobby Brown Jr may have been partying too much before his death but was not a drug addict or depresed, friend and fellow rapper Mikey Polo has said.

The 25-year-old spoke out after Bobby Jr was found dead at his father’s California home on Wednesday, saying that partying is ‘probably’ the cause.

But he emphatically denied reports that Bobby Jr suffered from depression, saying he was ‘very happy’ despite some ‘ups and downs’ and feeling the pressure to live up to his father’s name in the music business.

Police are investigating Bobby Jr’s death but have not yet released a cause, with a coroner asking for time to gather more evidence. 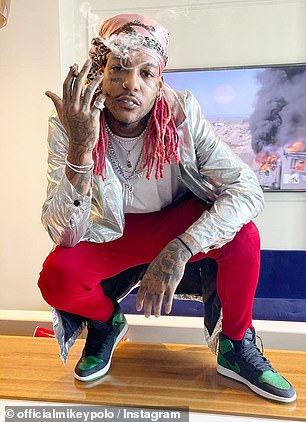 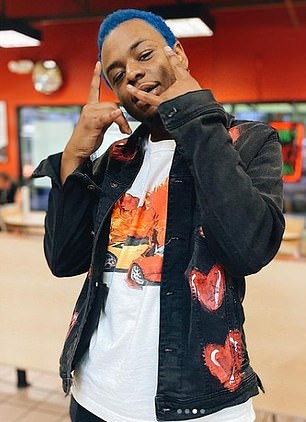 Mikey Polo (left), a rapper and close friend of Bobby Brown Jr (right), believes the 28-year-old may have died from ‘too much partying’ but emphatically denied he was a drug addict 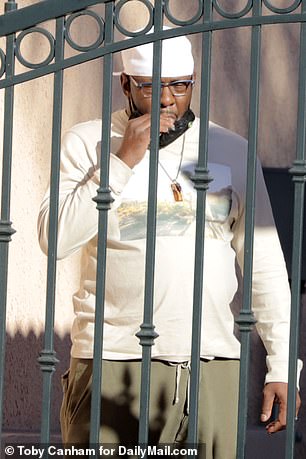 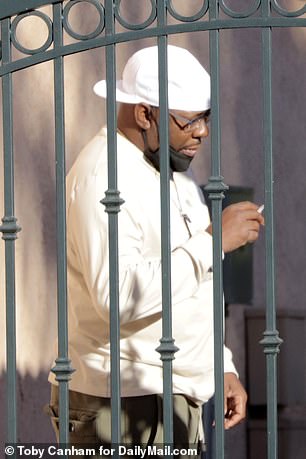 Bobby died at the California home of his father, Bobby Brown Sr., who was pictured at the house with police on Wednesday

Mikey is a self-decribed ’emo-trap’ rapper who was born in Maryland and grew up in Georgia before moving to LA two years ago to make music.

He says that he and Bobby Jr hung out frequently ‘making music… partying… chilling… waking up on the couch and talking.’

Asked by The Sun why he thinks Bobby died, Mikey said: ‘It was probably too much partying or something like that.

‘He had a lot to live for and if he had a drug problem, trust me, we would have stopped it. I would not let Bobby do anything and f**k up in front of me. I’ve lost too many people to drugs.’

‘I know people are going to say, “Oh he’s Bobby Brown’s son he must have taken too much coke or too much whatever” – I don’t want anybody looking at him like a druggie who overdosed.’

Bobby Jr was one of Brown’s seven children and is the second child the R&B singer Brown has lost after the death of his daughter – with ex-wife Whitney Houston – Bobbi Kristina, who was found unconscious in a bathtub in 2015 at the age of 22.

Bobby Kristina’s ‘adopted brother’, Nick Gordon, with whom she had a controversial relationship before her death, also died in January this year.

Three years before her daughter’s death, Houston drowned in a bathtub after taking cocaine and Xanax.

The troubled history led to reports that Bobby may have been suffering from depression prior to his death, but Mikey denied that. 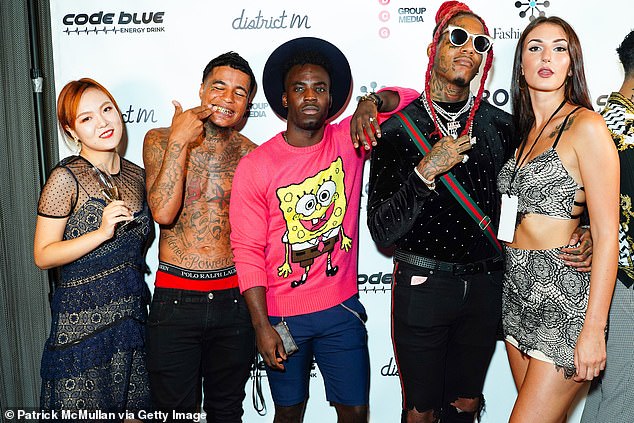 ‘Bobby was very happy – any depressive thoughts came from the pressure of the industry – you know his father was Bobby Brown,’ he said.

‘We all go through depression because of the weight of the industry – every day we wake up and have to keep doing what we’re doing or people are not going to look at us like we ain’t anything.’

‘But he was not a depressive person.’

Mikey says he now plans to release some of Bobby’s music, praising the 28-year-old’s talents as a singer.

In a statement given to DailyMail.com Bobby Brown said the family is ‘devastated’ over his son’s death. ‘Please keep my family in your prayers at this time. Losing my son at this point in our lives has…

The Weeknd Accuses Grammys of ‘Corruption’ Over Nomination Shutout