A group of Black Lives Matter protesters were filmed in a tense confrontation with a Louisville storeowner after they demanded he voice his support for the movement during a third night of Breonna Taylor demonstrations in the city.

Footage of the incident, shared on Twitter by a reporter for conservative news site Daily Caller, shows a small crowd of BLM activists grilling business owner Fadi Faouri, as he stands outside his store holding a rifle.

During the encounter, the group is seen ganging up on Faouri for several minutes as they challenge his views on the BLM movement and the police shooting of Breonna Taylor after he refuses to say he supports the cause.

The exchange kicks off after a man asks Faouri, ‘do black lives matter?’ to which he replies: ‘If you’re a good person I will care about you, if you’re a bad person….’ before shrugging.

The man then asks him if ‘Breonna Taylor matters’. Faouri hesitates for a few seconds before responding: ‘Does it matter? I don’t know.’ 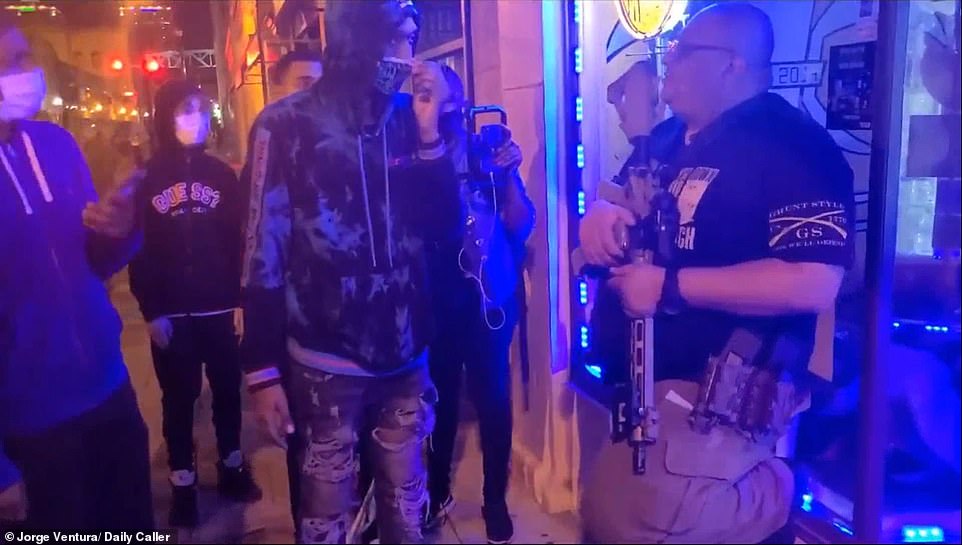 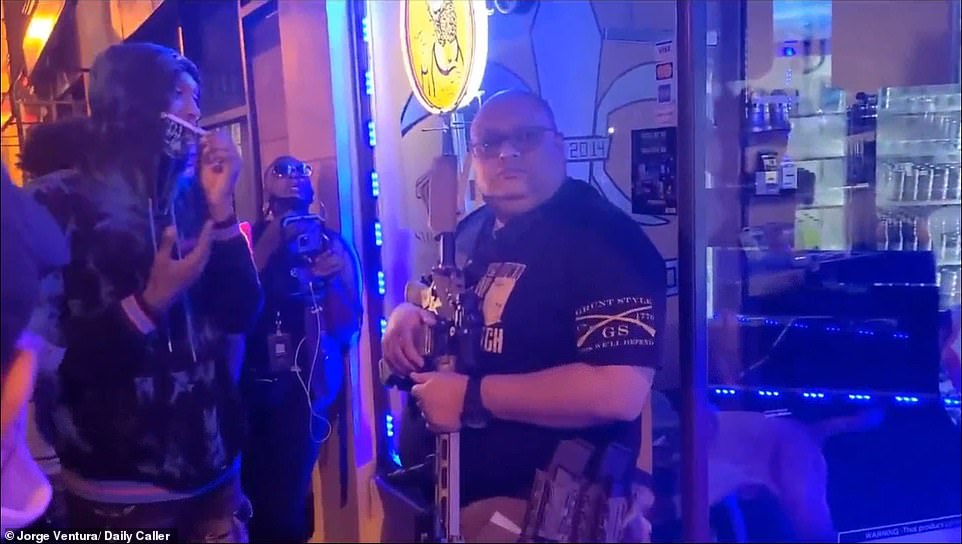 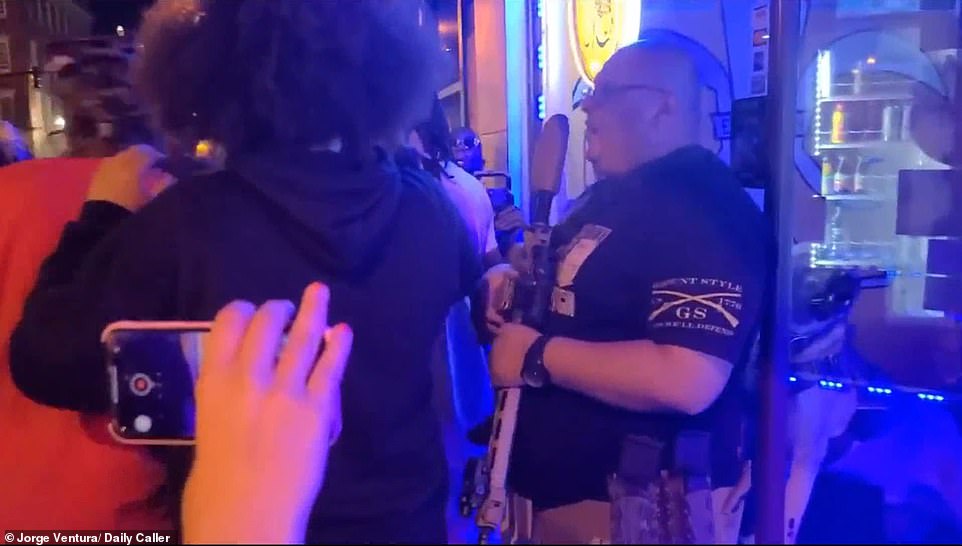 The conversation starts to get tense after a woman comes into frame questioning his response and more members of the crowd start urging Faouri to explain what he means.

‘Are you trying to intimidate me? I’m not playing that game,’ Faouri says, as he explains that he is trying to protect his business.

An argument then ensues as the group starts to close in on the store owner and continue to demand he say whether or not he believes in their cause.

Faouri turns his attention to the initial male protester telling him he will not be forced to say anything he doesn’t believe. ‘Nobody can intimidate me,’ he says.

The two parties continue to argue for several seconds but Faouri remains defiant in his refusal to engage in their debate and the protesters eventually disperse, with the exception of one woman claiming to be a documentary filmmaker. 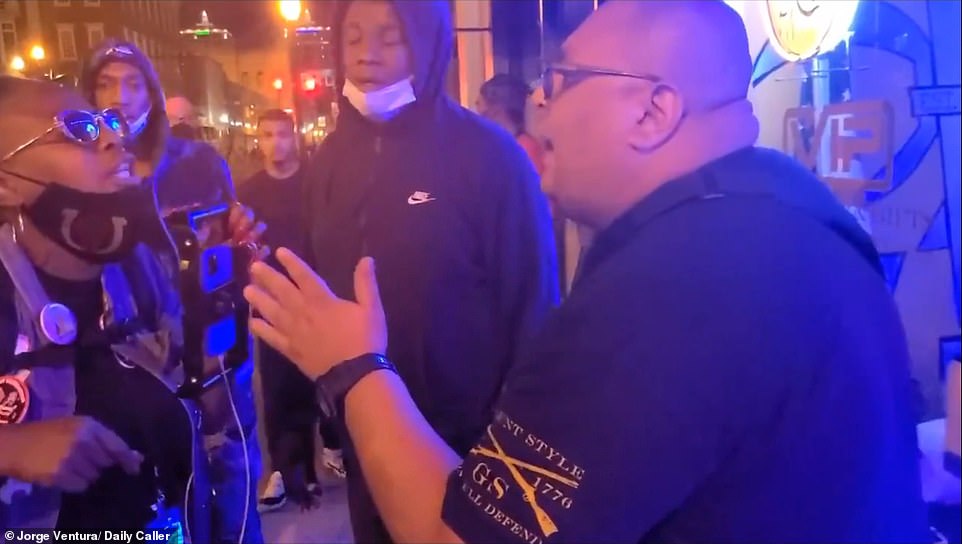 At one point, a woman claiming to be a documentary filmmaker approaches Faouri and criticizes him for his stance, or lackthereof, as she lectures him over the injustice surrounding Breonna Taylor’s death 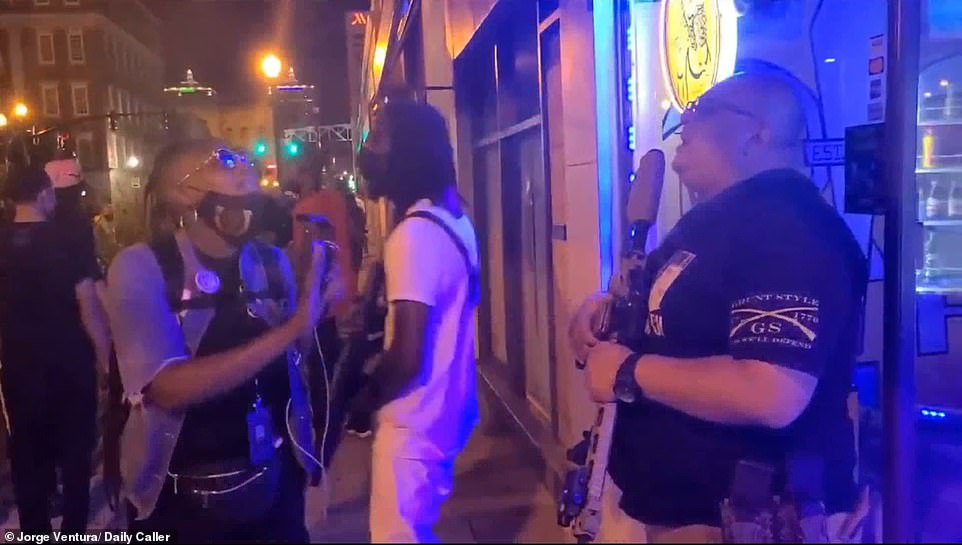 Faouri retorted by saying Breonna Taylor’s shooting was ‘not my business’, further escalating the argument

The woman approaches Faouri and criticizes him for his stance, or lackthereof, as she lectures him over the injustice surrounding Breonna Taylor’s death.

‘It should be your business because all lives matter right?’ the woman says, as she starts to debate Faouri on racial disparities. ‘You can say that, but it’s the color black that is the issue,’ she adds.

‘You have an issue with that, I don’t have an issue,’ Faouri says in response. ‘I don’t care, white or black…

Read More News: BLM protesters confront gun-toting storeowner in Louisville as they press him to

Coronavirus cases surge in the U.S.

Key House Democrat: ‘Window is closing’ on stimulus deal ahead of Pelosi deadline

With Covid-19 Under Control, China’s Economy Surges Ahead

Lindsey Graham runs for his life