As Trump Heads To Maine, GOP Sen. Susan Collins Won’t Be There To Greet Him 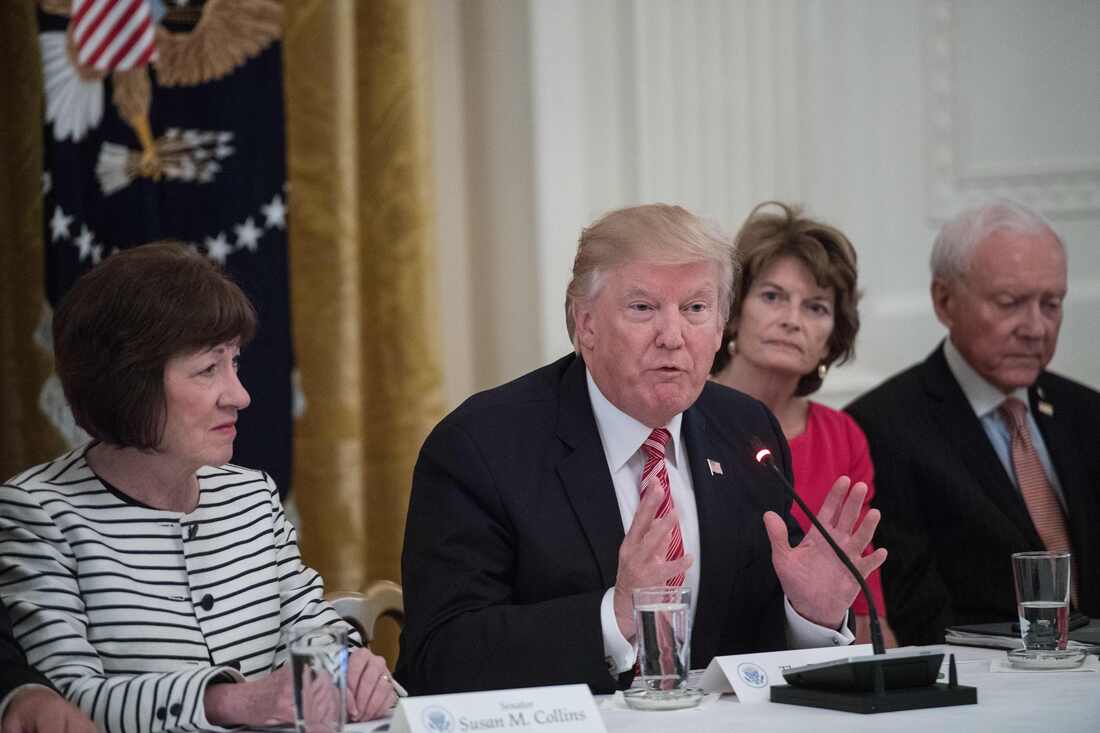 Republican Sens. Susan Collins of Maine (left) and Lisa Murkowski of Alaska, with President Trump in 2017, are keeping their distance from the president over his handling of the protests. 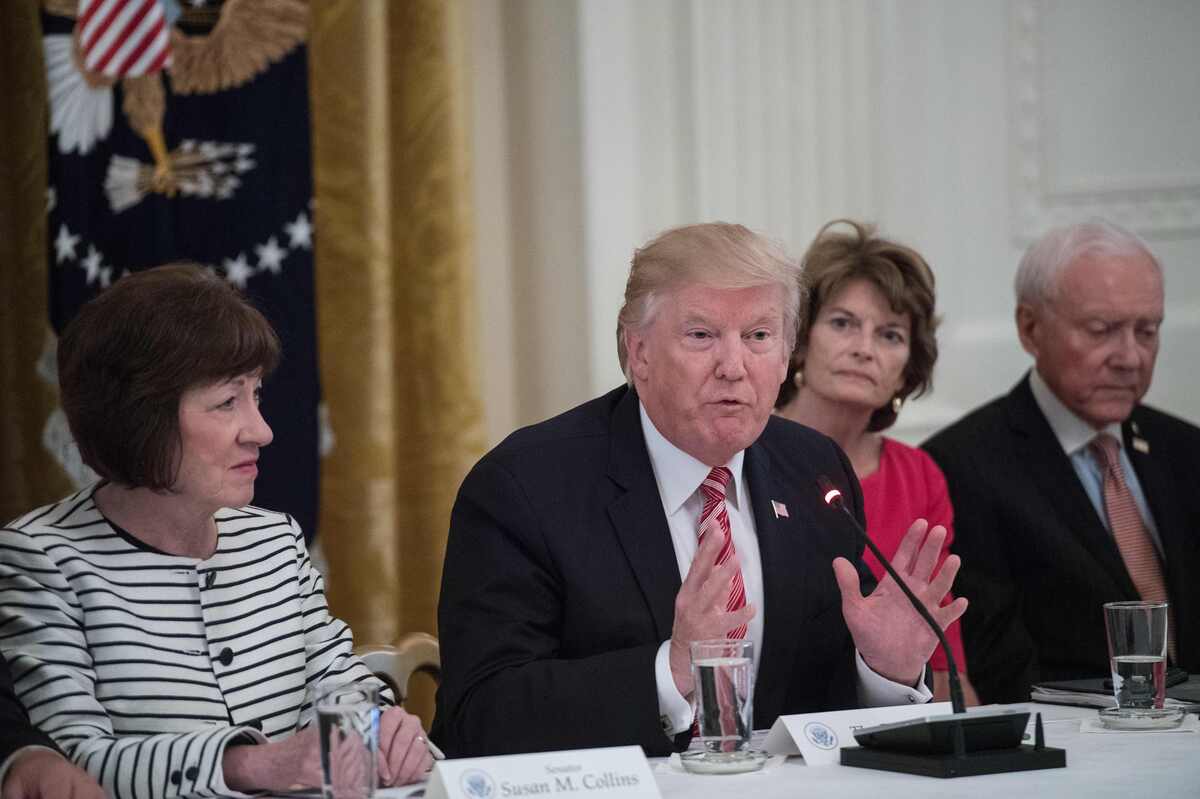 Republican Sens. Susan Collins of Maine (left) and Lisa Murkowski of Alaska, with President Trump in 2017, are keeping their distance from the president over his handling of the protests.

President Trump will visit one of Maine’s least populous towns and its most conservative county when he tours a factory producing medical swabs for coronavirus testing on Friday.

Conspicuously absent during the trip will be the state’s only Republican member of Congress, Sen. Susan Collins.

Collins, who faces a tough reelection fight to secure her fifth consecutive term, will remain in Washington, D.C. when the president travels to Puritan Medical Products in Guilford, Maine.

Earlier this week Collins told Maine Public Radio she’ll be working in Washington Friday and that she’ll be holding a virtual fundraiser with South Dakota Republican Sen. John Thune in the afternoon.

Collins visited the Puritan Medical factory in May, but her decision to not tour alongside a president whose electoral fortunes could affect her own has drawn considerable scrutiny. Trump continues to face withering criticism for his handling of the coronavirus pandemic and the ongoing protests over police violence against African-Americans.

Collins has largely steered clear of commenting on Trump’s pandemic response, but this week she joined others in criticizing the administration’s decision to use chemical irritants to forcefully clear peaceful protesters from a square in front of the White House so that the president could pose for pictures in front of a church there.

“It was painful to watch peaceful protesters be subjected to tear gas in order for the president to go across the street to a church I believe he’s attended only once,” Collins told reporters at the capitol on Tuesday.

Trump took notice, citing Collins when he shared a column on Twitter from a conservative website that repeated White House claims that tear gas wasn’t used.

You got it wrong! If the protesters were so peaceful, why did they light the Church on fire the night before? People liked my walk to this historic place of worship! Sen. Susan Collins, Sen. James Lankford, Sen. Ben Sasse. Please read @MZHemingway below. https://t.co/PbVaUcKmXf

Read More News: As Trump Heads To Maine, GOP Sen. Susan Collins Won’t Be There To Greet Him

No alcohol and no checked guns: Airlines tighten security for Inauguration Day

F.B.I. Urges Police Chiefs Across U.S. to Be on High Alert for Threats

Opponents to $2,000 stimulus checks say they are not targeted. How that could be

Pelosi gets ‘sharp’ when asked about AOC during ’60 Minutes’ interview

Social Security Seemed Like a Future Problem. The Virus Changed That.

Dodgers’ Bellinger (back) day-to-day for outfield